No Law Against Love, Impossible Songs 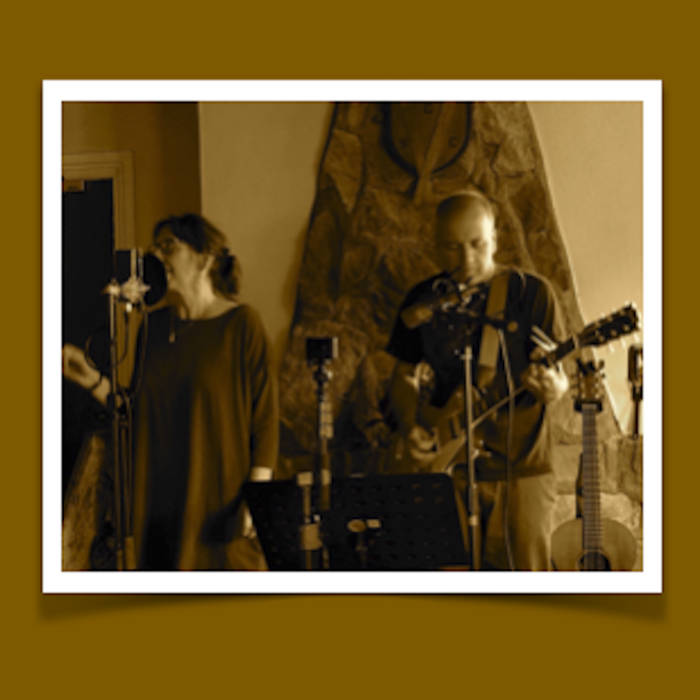 Unreliable facts and ancient history recalls their first meeting in the early 70s, as Melanie Safka and Jimmy Page lookalikes pass each other in the crowded streets of Aberdour in Fife. Eventually they met properly and chose to write and perform songs together around the end of that baffling decade inspired by quasi religious ideals and a search for some kind of expression of truth in jangly guitars and sweet melody. Remarkably some of the songs survived despite them being married to other people, renovating cottages, becoming educated and raising families. Once somebody had invented the internet they resumed business as actual partners around 2002 and formed an unlikely alliance with an East German hard rock band called Mobil. The musical and beer/wine quaffing association continued as they recorded a series of albums in Friedrichshafen (the latest in 2017) whilst helping out at Edinburgh’s OOTB and in various other enterprises and collaborations around central Scotland. There have been numerous spurts of activity followed by periods of calm but their songs, ambient music, piano pieces and arty experiments have continued. The BOO sessions being the most recent of these, also probably the sunniest and arguably the best catered. Thanks to Norman, Gerry and all the other participants for making it a fun, challenging and memorable event. More please!

from Bridge Of Orchy Sessions 2018, released June 29, 2018
No Law Against Love written and performed by Barclay/Graham

© No Law Against Love, Barclay/Graham