by Bridge Of Orchy Sessions 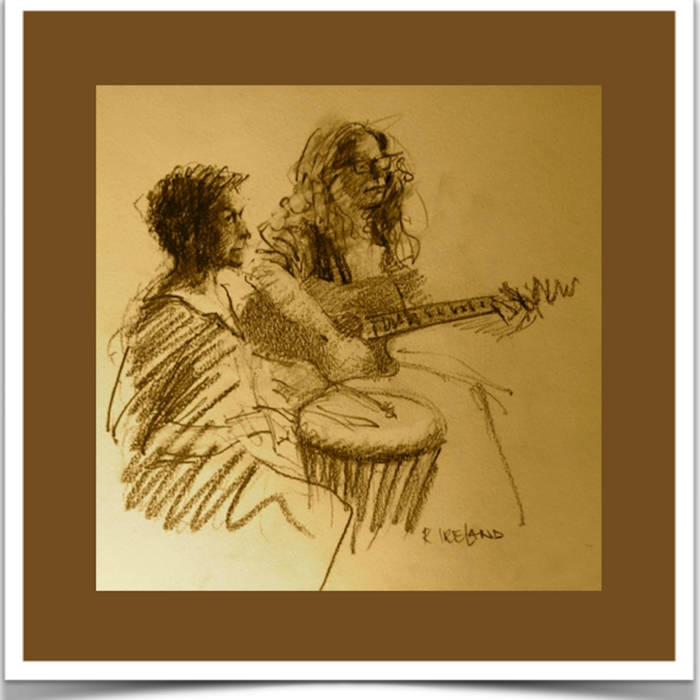 All proceeds from this collection will be donated to Cancer Relief UK in support of one of our fellow musicians who was unable to join us, as he was too busy fighting off, in his own words, "the gift that keeps on giving". Our thoughts are with him.

If you would like to see more from the weekend session the videos and photos will appear over the next few weeks at:
orchysessions.com

An introduction to the Bridge Of Orchy Sessions taken from Norman Lamont's excellent Web Site and Blog.
normanlamont.com

"A weekend to remember - the Orchy sessions"


On the May bank holiday weekend I was part of a group of songwriters and musos who took over the Bridge of Orchy Ski Lodge for a recording weekend. There were two bands – my Heaven Sent and Edinburgh Americana band The Heartbreak Diet, each doing a set. We were joined by solo performers Gerry Callaghan, Liz Jones and Ross Arthur and a jazz duet of guitarist Ged Brockie and singer Ronnie Ireland. Finally there were solo sets by Fiona Thom, James Whyte, Suzy Cargill and me. Ronnie, a skilled artist, sketched the performers and the environment, while Ged’s son Euan and Liz’s wife Lou took photos. Euan filmed the performances and interviewed some of us.

The weekend was the brainchild of Gerry Callaghan, one of several notions he had to bring together performers he’d recorded or worked with at The Listening Room. The idea was to have an intimate performance – sitting in a room with friends – recorded with top quality equipment and post-production. Gerry and Ross, a studio engineer, spent Friday setting up the equipment as the early arrivals basked in the sun outside. Eventually the combination of midges outdoors and pizza indoors brought us inside to enjoy the first two sets by Ross Arthur and Heartbreak Diet. It took a lot of work to set up all the mics for the Heartbreak Diet, especially as the band swap instruments and lead vocals for different songs.

Saturday saw sets by Liz Jones with Suzy on percussion and Lou on bass, Ronnie Ireland, Ged and Gerry. Simpler to record than the band! Ged, a professional player and composer, gave us a short workshop on chord construction and composition. Some of our party fled to the nearby hotel to watch the Scottish Cup Final. Suzy oversaw the making of two huge pots of chilli.

Sunday had more solo sets, from me, Fiona Thom and James Whyte, followed by a band set by the Heaven Sent. By 10 the planned sessions were all completed and we relaxed into some jams, but not before we quickly arranged and recorded a new version of Ross’s single Amethyst. Gerry and Liz did some luxurious versions of JJ Cale and Van Morrison songs. Eventually James, Gerry and I closed proceedings at 3 o’clock on Monday morning.

It was a memorable weekend – the sun, some new friendships, hearing new songs and playing in new lineups. We were all brimming with gratitude to Gerry and Ross for making it happen. The videos and photos will appear over the next few weeks at orchysessions.com

Without the support and participation of the following this event would not have happened.

Special thanks to Ronnie for sketching the musicians whilst they performed.

PHOTOGRAPHY:
Euan Brockie, special thanks to you Euan for accepting the task of capturing the event on film and camera.
Lou Hardless Jones
Fiona Thom

VENUE:
Bridge Of Orchy Ski Lodge
Thanks to Bruce Thomson and the Glencoe Ski Club for allowing us to use the Ski Lodge.

CANCER RELIEF UK
Thanks to Phil Staton for helping us set up the donation to Cancer Relief UK.


Finally the event would have been just a little richer if we got to hear the Dragon Dreaming, maybe next year?